My entire life has prepared me to bring Core Stix into the world.

Through an immense amount of hard work and a little luck, the idea of Core Stix was brought from concept to reality.

I was raised in California, where I have spent most of my life.  All my life I was active, involved with tennis, volleyball and basketball. I was interested in how things worked and, even more, how to make things better! 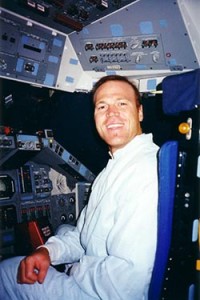 Following some I kicked my life into high gear – both in school and in my own personal fitness. In my professional life, I earned a master’s degree in mechanical engineering from the University of Colorado at Boulder and soon landed a dream job working on NASA’s Space Shuttle program, designing and manufacturing rocket engine components and even spectometry devices for the Space Shuttle Main Engine.

I have always had a passion for innovation and for seeing ideas come to fruition.  In college I would sweep the floors of the machine shop, just for the chance to use the equipment to build personal and school projects myself.  All of the manufacturing processes that I have learned have enabled me to design and build just about anything, and the creativity that I bring to every project keeps the designs effective and as thoughtful as they can be.

I also received a master’s degree in structural engineering from UCLA before transitioning to becoming a full-time patent attorney for over a decade with one of the top US intellectual property firms.

This path might seem very unusual, but it all culminated into a single moment that again would change my life forever: Meeting my eventual business partner Mike Kadar. 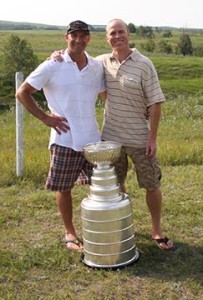 Mike was the strength and conditioning coach for the LA Kings hockey team at the time. On the evening before the NHL lockout, we went out for tacos and he shared with me an idea he had for a system of training equipment that would use poles or rods in different positions that would revolutionize the way people build functional strength. The only problem was, he needed an engineer and a patent attorney.

Over the next few years I worked on prototype after prototype, continuing to refine and test what had became our product: Core Stix.

Today, Mike is the strength and conditioning coach for the Pittsburg Penguins and uses Core Stix to train his athletes. Two years ago I left the firm I was working at to pursue growing Core Stix full-time. As with any business, building Core Stix has been anything but easy. I am a father to 4 children and have left the security of a great job. My wife puts up with my obsession with bringing Core Stix to the masses – the late nights and the financial and emotional investment into the business. Any time I am feeling frustrated or discouraged, I work out on the equipment and re-fuel my passion for its ability to change lives and inspire fitness across the world!